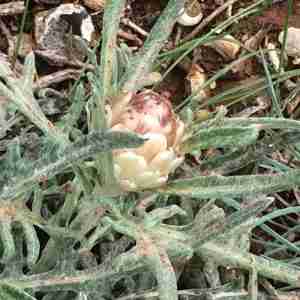 I was fascinated by this plant which I first found growing early June on the Plateau de Bouichet in Aude. I thought it looked similar to artichoke but not quite right. I later discovered it to be a Leuzea sp. It is indeed, an Asteraceae, same family as the artichoke. I have been unable to find any traditional or modern medicinal uses for the species growing here in the Aude.

However, some scientific research to detect the presence of phytoecdysteroids has been conducted on a species known as Leuzea carthamoides.

The L. carthamoides species is indigenous to regions of Siberia, Mongolia, Russia, Slovakia and Poland. It is more commonly known as maral root. It was traditionally used for overstrained muscles, for fatigue and for weakness following illness. 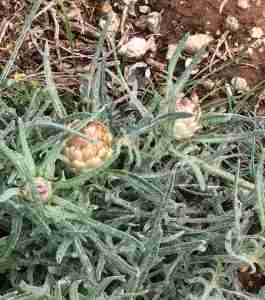 You may see pharmaceutically prepared Leuzea extracts. Please note this is not to be confused with the plant images here which were all taken in the Aude, France.

I am not aware of any similar traditional medicinal use for Leuzea conifera.

For anyone near or planning on a visit to Kew Gardens in Richmond, London be sure to check out the fabulous Leuzea conifera in their Davies Alpine House.